Squirrels in Your Chimney – What to Do

There are several kinds of animals that seek shelter in chimneys. Squirrels are one example of animals that can take up residence in your chimney. While it can be annoying or even scary to have a critter running around your chimney, don’t panic. Today’s blog discusses everything you need to know about squirrels in your chimney and how to solve the issue.

How do Squirrels Get Into Chimneys?

How do I Know I Have a Squirrel in my Chimney?

A major indicator of animals in the chimney is frantic scratching noises, especially during the day. Squirrels tend to be more active during the day, whereas other animals are more nocturnal. Another sign of squirrel activity is waste or nesting materials falling into the fireplace from the chimney.

The Dangers of Squirrels in Your Chimney

If you notice squirrels in your chimney, it is important to have them removed because they can carry diseases and bacteria. Also, nesting materials can ignite and cause chimney fires. In some cases, squirrels can fall out of the chimney and into the house. This can frighten them, and they can damage furniture and wiring in the home. Although squirrels can be dangerous, don’t panic! Instead, call an experienced chimney technician to safely remove and release squirrels.

Removing Squirrels from Your Chimney

As mentioned above, the best method of removing squirrels from your chimney is to contact a chimney technician. However, some people insist on going the DIY route. If this is the direction you want to take, follow these tips to get squirrels out of your chimney.

Don’t EVER try to “smoke out” an animal in your chimney. Animals in chimneys often ended up there by accident and have no way to get out even if they want to. Lighting a fire in the fireplace can harm and even kill the trapped animals and any babies they may have with them. This method is inhumane.

Usually, though, it is best to just call a chimney technician to humanely remove the animals.

Preventing Animals from Getting Into Your Chimney

It can be frustrating dealing with pesky animals in your chimney. Thankfully, though, there is a method of keeping animals from getting into your chimney in the first place. Installing a chimney cap will make your chimney inaccessible to animals. A chimney cap is made of metal and sits on top of the flue entrance. It has openings small enough to prevent animals from getting through while also allowing the smoke and gases from your fireplace to be vented. 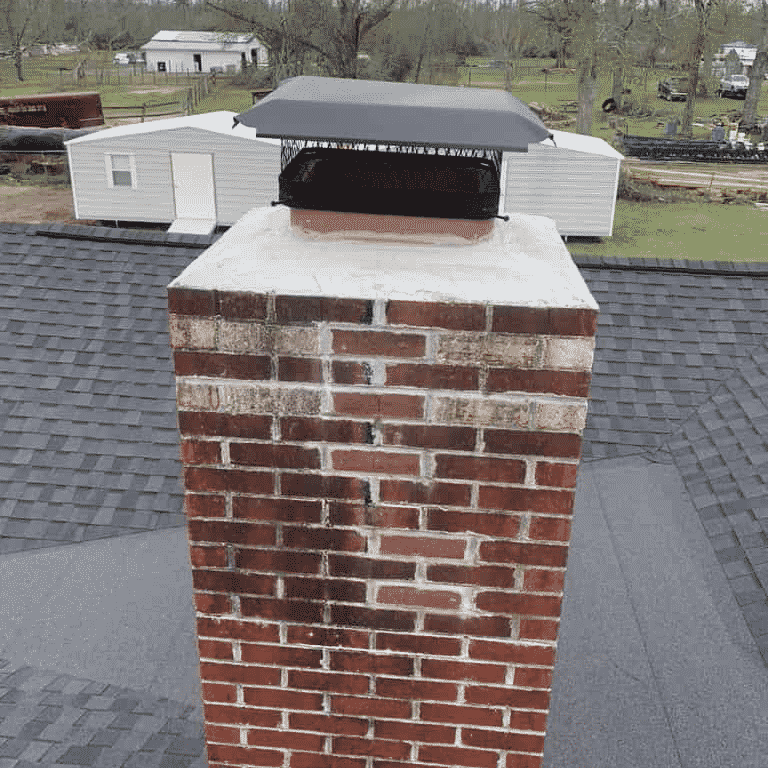 This is what a typical chimney cap looks like.