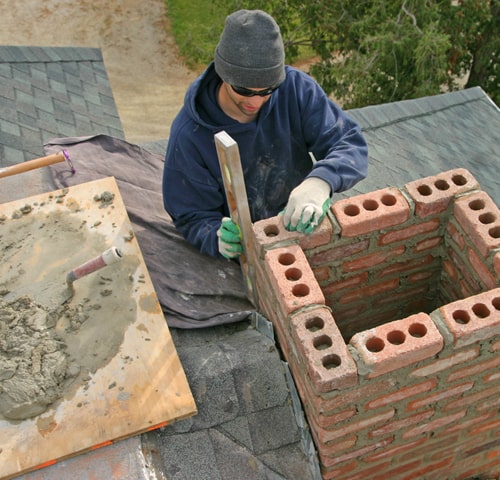 Living in the south, mainly along the Gulf Coast, then you know there are lots of rainstorms. Actually, we get more rain than anywhere else in the country, including Seattle. The ranking of the most amount of rainfall goes as follows: Mobile, Pensacola, and Seattle in 41st.

This region has such a big deal about rain when it comes to chimneys and fireplaces.

In basic terms, the problem with fireplace and chimney leakage is that water combines with the creosote that remains from fires to form an acidic mixture. Over time that mixture can eat out the silica in the mortar joints.
Once the joints are no longer secure, moisture — remember all that Gulf Coast rain — can get into the house through the chimney. For example, if water comes in through the chimney and is released under the shingles it can lead to the need for a roof replacement.

Also, without proper sealing, heat from fires can travel into areas that should not be exposed to heat, dry out the wood, and in some cases actually cause the wood to catch on fire.

In fact, according to a staff report by the US Consumer Product Safety Commission, there are about 22,000 fires a year that are associated with fireplaces, chimneys, and chimney connectors. Such fires can cause substantial damage and in some cases may lead to fatalities.

Also, without caps, it does happen that birds and animals get into fireplaces. Sometimes nests are built and in some cases, animals unable to get out die inside chimneys and fireplaces. Noises and odors can result from such problems.

You can protect your household with caps, covers, and dampers. Caps with spark arresters are devices that go over the flue. They keep out both moisture and animals, plus they help prevent sparks from leaving the chimney. Covers are at the top of the chimney, go around the flue, and protect against moisture. Dampers are inside the chimney itself. They can help create a proper draft to achieve the best fire, plus when closed they prevent animals from getting into the house.

We can install, repair and maintain caps, covers and dampers. We inspect such devices as part of our basic chimney sweep services. We have many devices in stock and can recommend the equipment which is right for your fireplace and chimney, whether it is masonry or metal, new or historic.