If you have ever had a chimney and had it cleaned, you may not have ever considered how this practice started.  Although, who would, right?  It’s\ a very interesting story…..

In the 16th century, England fireplaces with large chimneys were a status symbol and only the wealthiest of people had them.  This became a source of pride for those families.  Stories around the fireplace, families gathered, holidays spent. This became the norm in wealthy households. As fireplaces became more popular keeping them clean became of much concern.  Chimney Sweeps became the superhero of their time in that they were a source of good health. Clean hearth equals Clean health.

As this fireplace trend continued, the English Parliament saw this as an opportunity and enacted what was known as the Hearth Tax. This taxed raised revenue according to the number of flues per household. The more fireplaces in a building the higher the tax.  To get around this, builders of fireplaces began to connect the flues of many different fireplaces to avoid paying all the taxes.  This forced the builders of the fireplaces to use smaller pipes which in turn created smaller spaces in which to keep clean.  The result of this was to find small people to clean these small spaces.  These “climbing boys”, as they were called, were normally orphans off the streets or in some cases, poor families sold their children into this practice. Their lives were hard and short due to all the health conditions these children faced. Mostly, as a result of the hard labor, they endured. Did you know?? The first reported case of Industrial Cancer was found in these children and it was always fatal.

The death of a child named George Brewster became the catalyst for child chimney sweep reform. In 1864 this practice was outlawed in England.

New techniques for chimney sweeping were developed by Joseph Glass in the 18th century and are being improved and advanced every year.

Who knew that the history of chimney sweeping could be so interesting ?? We did !!! Call us for any of your chimney or fireplace needs. 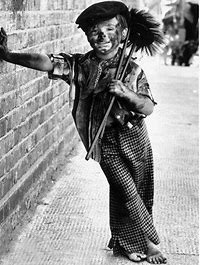