How Chimney Sweepers Are Life Savers

Nine times out of ten, new and current homeowners do not think about the condition of their chimney or when it was last professionally cleaned. Taking the time to schedule a cleaning will lower the health risks and dangers of unknown debris in the flue, or the main part of the chimney that allows there to be a draft to pull out the smoke and gas from products. Some health risks include the spreading of fire and exposure to noxious gas poisoning. Leave it to the professionals when it comes to maintaining your chimney.

Many think that spring cleaning means cleaning the whole house, but more times than not that the maintenance of the chimney is overlooked for months on end. It is best to schedule annually a professional cleaning. Not like any other job, chimney sweeping is messy and dangerous especially with the need to climb onto a roof.

The best time to do a chimney sweep is in the fall. This time of year allows for homeowners to feel at ease knowing their system is safe and ready for the winter months. The work these professionals do guarantees safety, compliance, and efficiency. As a homeowner, you should never light a fire in a fireplace that has not been swept and inspected since the previous season or use.

Ever wonder what your chimney might be covered in when it’s getting cleaned? It is called creosote. Creosote is the black or brown residue that is stuck to the inner walls of the chimney or stovepipes. If there is a build-up of creosote, then there is a higher risk for a fire hazard. A build-up of creosote slows down airflow and affects the efficiency of the fireplace as a whole. Besides creosote, other dangers in a chimney include elements left behind by animals, debris from nature/trash, and the byproducts of fire that are able to ignite at any moment. Chimney fires are common but devastating, these can end up in an insurance claim, the loss of property, costly repairs, and even injury or death. 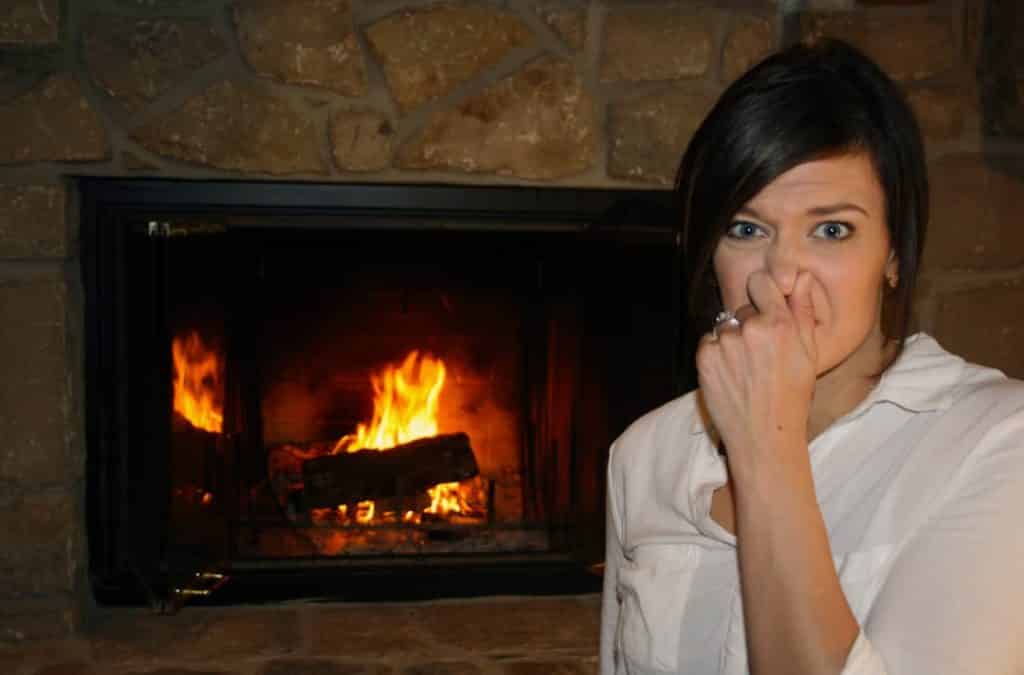 In the south, most homeowners do not think about what might come out of their chimney when the weather starts to warm up. As temperatures are rising and the humidity becoming denser, heat causes the creosote to release a nauseating smell similar to a charcoaled covered barbecue grill. Smells of this nature or similar are signs of an uncleaned chimney. If the lining of the chimney becomes coated in soot and creosote, the flow of air is slowed drastically. Your chimney relies on airflow to work efficiently. If there is a drop in the efficiency of the system then there is an increase in fire.

When Is The Best Time for an Appointment?

During the months of October through January, chimney sweep companies are occupied in their ‘fall rush’. It is best to schedule the appointment sooner rather than later. You must contact the local chimney sweep cleaners right away for a professional to look at your chimney system. When scheduling the appointment with reliable chimney sweep cleaners, you will not only receive a clean chimney system free of soot, creosote, ashes, and debris, but you will also receive a standard level one inspection. This inspection will allow you to have the opportunity to do any necessary repairs before the first fire. Remember to schedule ahead of time in case of any needed repairs.

Outsourcing a professional chimney sweep means, as a homeowner, you have the convenience of a cleaner completing the job at a scheduled time along with having the required equipment to do so.

The cleaners will contain the mess which leaves no mess for the homeowner to worry about after they leave. Our chimney sweepers provide a full detailed report of any findings, and you will have the peace of mind knowing you and your family’s safety is guaranteed for another season. So what are you waiting for? Schedule an appointment now!