The Benefits of giving your Chimney a Chimney Cap 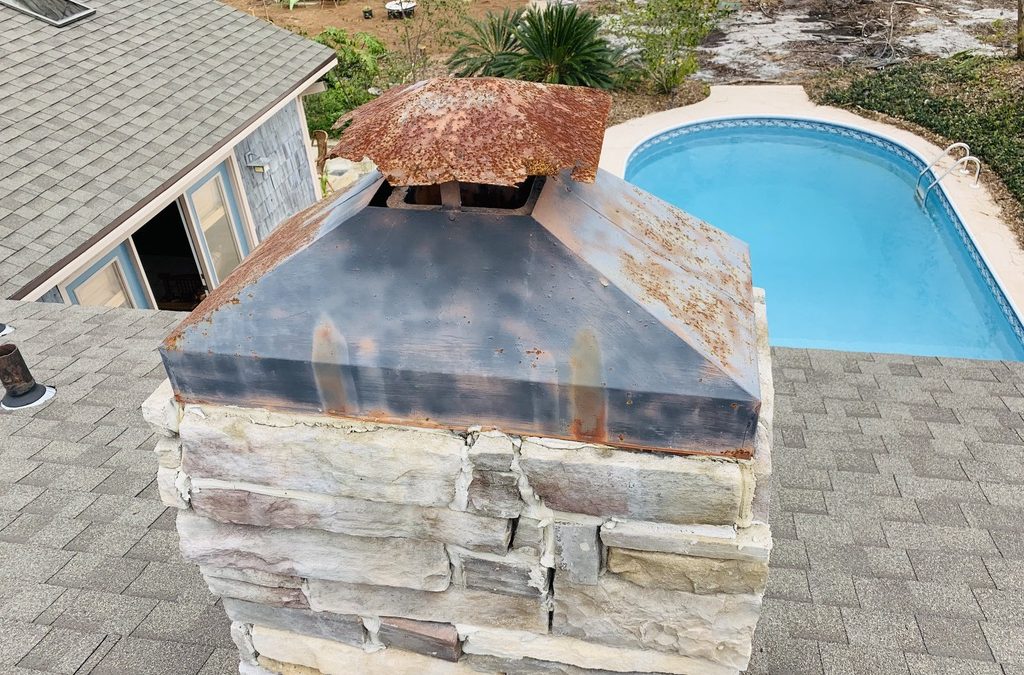 Chimneys are wonderful structures. Unlike fireplaces, they might not add that romantic, aesthetic oomph to a home interior but they do a far more important job. A chimney ensures you and your family’s and your home’s safety. They save you from toxic gases like carbon monoxide and even from fires. Having known this, don’t you agree that they are structures that must be cared for and protected?

After all, what you give is what you get (in this case). A protected chimney results in a better functioning chimney. This is where you need a chimney cap or cover. If your chimney does not have one, have it installed. If it is damaged, have it replaced. Chimney caps are highly recommended by chimney professionals for the following key reasons.

They Prevent Rainwater From Getting Into the Chimney Liner

Rain is a blessing, but not when it sips inside your chimney, for if it does, it becomes a bad thing. If snow, ice, or rainwater drips inside the chimney liner, it causes it to deteriorate very rapidly. You do not want a deteriorated chimney liner to deal with, hence the best way to avoid this is to install a chimney cap. A chimney cap is inexpensive, easy to install, and durable.

Chimney Caps Keep Small Animals and Birds Out of Your Chimney

Small animals like raccoons, squirrels, bats, and even snakes are often enticed by the dryness, warmth, and darkness of a chimney. They run into chimneys to hide from predators, to bear young ones, or to hide from the cold winter. Birds also build nests in chimneys. The chimney cap comes in handy to prevent these animals from entering your chimney as some of them can be poisonous. Bat droppings are known to have a virus that can cause blindness in humans.

They Increase the Lifetime of Your Chimney Liner

Debris, such as dry leaves, twigs, often settles down inside the chimney if it is not covered. If your house is near trees they will deposit the dead leaves inside your chimney whenever they shed their leaves. This will lead to chimney blockage if a chimney cap is not installed. The blockage increases the rate at which your chimney can catch fire.

A metal grated or wire meshed cap can effectively prevent the mentioned debris and dirt from entering your chimney. It is also advised to climb up and cut off hanging branches that are near the chimney once in a while. This will prevent the twigs and leaves from shedding inside your chimney.

They Increase the Draft

While regular chimneys caps can increase draft on their own, there are special chimney caps that use turbines to enhance draft in a chimney. The draft is very critical to the whole functioning of a chimney, without which the chimney is as good as useless. Though they cost a little bit more than regular chimney caps, they are worth every dime.

The bottom line is that every other reason boils down to the fact that chimney caps increase the overall lifespan and cleanliness of your chimney. It is more affordable to replace, repair, or install a chimney cap than to bear the costly consequences that come with not having one.

Keep the Sparks Inside the Chimney

It is not entirely about what it can keep out but also what it can keep in. A chimney cap can keep in the large fire sparks that try to make their way out of the chimney. If left to escape, these sparks might land on dry leaves, grass thus causing a bushfire. The cap keeps the sparks inside the chimney until they die out.

Contact us today to learn more about keeping your chimney and your home safe and clean.